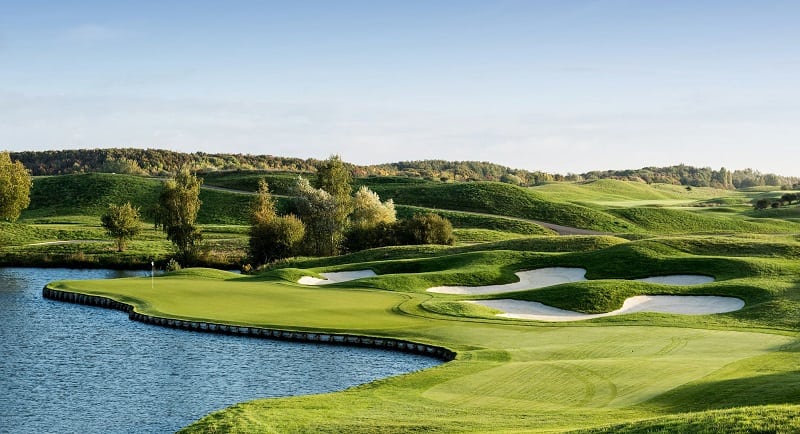 The 42nd Ryder Cup is set to take place September 28-30 in France at the Albatros Course of Le Golf National in Saint-Quentin-en-Yvelines, a suburb of Paris.

As the only Ryder Cup held in Continental Europe since 1997, this year’s tournament poses historical potential for not only the game of golf and its players, but for the entire country of France.

While the United States enters the Ryder Cup as defending champions, Europe’s team has been extremely successful winning the previous five matches in Europe. The United States has not secured a championship on foreign soil since 1993. However, the United States team is powerfully stacked this year with Ryder Cup veterans like Phil Mickelson, Tiger Woods, Patrick Reed and Dustin Johnson. Team Europe is comprised of several first-time team members yet still balanced out with the experience of players like Sergio Garcia, Ian Poulter, Rory McIlroy and Justin Rose.

Why is the 2018 Ryder Cup being held in France?

France has been on the front lines of golf since the inception of the game. In fact, the first golf course built on the continent of Europe was in France dating back to 1865. With more than 500 golf courses across the country today, France has blossomed into one of the top travel destinations for golfers. Each course showcases diversity in topography, scenery and difficulty and history. Courses in the northwest are located near historical sites such as the Château of Versailles and Mont Saint Michel, while the south encompasses its culinary cultures near Mont Blanc and the Côte d’Azur. The endless list of tourist destinations from vineyards, castles, snow top mountains and sun-bathing coasts makes France attractive to golfers with a variety of travel tastes.

Where will be located the 2018 Ryder Cup Golf courses ?

Some of France’s top golf courses, including the Albatros Course of Le Golf National in Saint-Quentin-en-Yvelines, compete with the best ranked golf courses in the world for championship golf. In fact, the architect of the Albatros Course designed this flat-land course with a stadium type of mind-set with a vision of it being home to future golf championships. It was designed in mind for not only the players, but for spectators and media. Contrary to most of the courses being built at the time on natural undulating ground, golf architect Hubert Chesneau preferred to create a landscape ideal for natural grandstands.

France is home to the 2018 highest performing Golf Brand Putter

In addition to its history in the game, spectacular golf courses and unrivaled travel destinations, France is also home to the most luxurious and highest performing golf putter on the market – ARGOLF. It is surely no coincidence that the most important club in a golf player’s bag was conceived in one of the most important countries in the history of the game.

ARGOLF putters are custom milled in the heart of historic Brittany, France. Because of its stature and excellence in manufacturing, each ARGOLF putter is named after an Arthurian legend. Intersecting art and industrial design, ARGOLF features the same technical precision as found in the aeronautics industry, guaranteeing the putters’ exceptional performance, accuracy, quality and visual appeal. ARGOLF is in the bag of professional tour players worldwide and collected two wins within its first two years on the professional Tour, including one Major. Most recently, ARGOLF’s Broceliande collection was named to the 2018 Golf Digest Hot List.

It can be stated without any doubt that France has become one of the biggest players in the game of golf in recent years. It has achieved superior excellence in golf course design, historical championship presence and golf equipment manufacturing. The future of legendary golf can be found in France.